We hope you are well adjusted 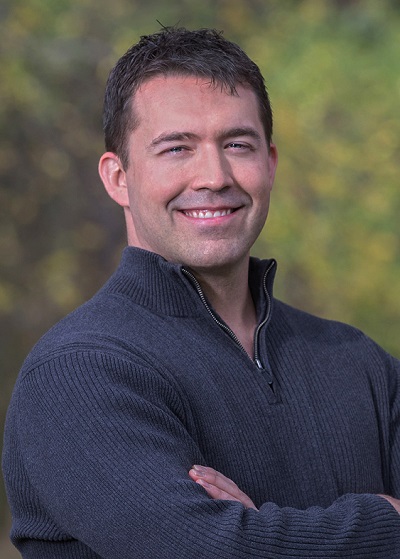 Dr. Aaron Kidron Popp is a Winfield/LOFS resident and 2001 graduate of Crown Point High School. Dr. Popp graduated with his Doctor of Chiropractic and Master of Science in Human Nutrition degrees in April 2009 and has been practicing in the Winfield community ever since. It was always a goal of Dr. Aaron to practice and live in the community that he grew up in. Dr. Aaron and his wife Jen have been residents of Lakes of the Four Seasons since 2009.

Dr. Aaron spent most of his childhood in the Crown Point area. At the age of 15 he began working with his father, Dr. Jeremy K Popp, of Popp Family Chiropractic in Homewood, IL. With years of exposure to healthcare and chiropractic, Aaron decided at a young age that he wanted to help people like his father. He saw that through chiropractic, he could realize that dream.

Dr. Aaron chose to pursue his undergraduate studies at Indiana University Bloomington. In May 2005, he received his Bachelor of Science in Kinesiology. The following January he began his studies in chiropractic at National University of Health Sciences in Lombard, IL. He chose National University to pursue his doctorate because of its focus on the entire body as a system and treating the person as a whole. National University also has much esteem throughout the health professions with a strong focus on research and evidence based practice.

While attending National University, Dr. Aaron also decided to further his education in nutrition and acquire his Master of Science degree in Human Nutrition from the University of Bridgeport, Connecticut. As Dr. Aaron progressed through his studies of chiropractic, he began to understand the importance of nutrition and diet on the health of the human body. Dr. Popp believes that with sufficient nutrients the body is able to heal more quickly and efficiently and is also less prone for re-injury. This also leads into the value that Dr. Popp puts on rehabilitation. Dr. Popp has attended multiple technique courses on rehabilitation and strengthening for his patients to better be able to understand the full needs of the patient. Dr. Popp works with physical therapists, primary care physicians, orthopedic surgeons, pain specialists, and most other specialties to facilitate healing as well.

In his spare time Dr. Popp spends his time with his wonderful wife Jen, his son Henry, and daughter Emmalyn. He loves going to concerts with his family and also enjoys snowboarding and anything related to cars. 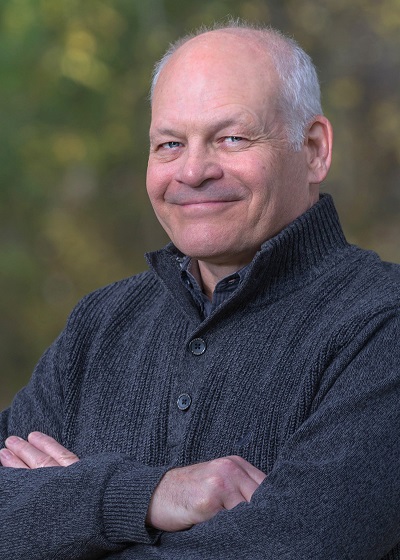 Dr. Jeremy Popp, a Winfield resident, has teamed up with his son Dr. Aaron K Popp at Winfield Woods Chiropractic. The office is located at the Winfield Woods Medical Center across from the main gate of the Lakes of the Four Seasons community. Dr. Jeremy Popp owned and operated his own private chiropractic practice in Homewood, Illinois and did so for the past two decades. He then decided to team up with his son!

"It has always been a dream for my son and I to practice together," states Dr. Popp. "We have enjoyed working together in the past, but never teamed up as physicians."

Dr. Popp has spent the last 20 years in the Crown Point area where he moved after completing his doctoral education. He spent most of his youth across the border in Illinois and decided to open his practice in Homewood. He and his wife, Rita, built Popp Family Chiropractic from the ground up into what is is today. Their son, Dr. Aaron, worked in their office as well throughout his educational career. Now they have decided that they would like to spend a little more time close to home and Dr. Popp has sold his Homewood office to accommodate hours at Winfield Woods Chiropractic with his son.

Dr. Popp is very excited to be in the new state of the art medical facility. "It is very nice to have so many specialties available under one roof." At the Winfield Medical Complex, they have primary care physicians, digestive disease specialists, lab facilities, physical therapy, neurology, general surgery, home healthcare, counseling, and more specialties on the way.

One of Dr. Popp's main points of focus has always been treating families and keeping families healthy.

"Healthy families promote a healthy environment for our children to grow up in and my goal is to keep my patients healthy with conservative forms of healthcare," states Dr. Popp.

His youngest daughter, Rachael Popp, is a sophomore in college and has also been working in the office with her father and brother during the summer months. At Winfield Woods Chiropractic, they are one big happy family.